The Dalai Lama on Democracy 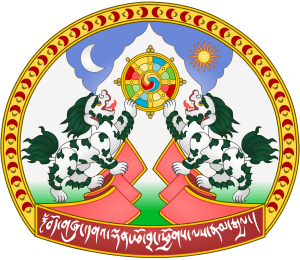 In 1949 the People’s Liberation Army of China marched into Tibet, and set in motion the occupation of the whole country which culminated in the flight of His Holiness the Dalai Lama to India and the crushing of the Tibetan National Uprising in March 1959. His Holiness the Dalai Lama was followed by some 80,000 Tibetans, who settled in India, Nepal and Bhutan. The number of Tibetan refugees grew substantially over the decades of persecution that followed.

In 1959 the 14th Dalai Lama re-established the Tibetan Government in exile (known as the Central Tibetan Administration or CTA) in India and, over the decades, a series of changes have been implemented to re-organise the administration according to democratic principles. Today Tibetan voters in three continents are franchised to elect 44 Members of the Tibetan Parliament-in-Exile. In 2011, the Dalai Lama devolved his political authority to the democratically elected leader of the Central Tibetan Administration, called ‘Sikyong’, who heads a seven-person cabinet or ‘Kashag’.

The CTA is not designed to take power when Tibet becomes free. In his manifesto for a free Tibet’s governance, entitled ‘Guidelines for Future Tibet’s Policy and Basic Features of its Constitution’, Dalai Lama stated that the exile government would be dissolved as soon as Tibet regained freedom, and that a transitional government headed by an interim-president would be positioned.

It is also noteworthy that the Dalai Lama had, in fact, initiated the process of democratization in Tibet itself prior to China’s occupation. In his autobiography “My Land and My People”, he recalls how he appointed a Reforms Committee of eminent citizens to redress the inequalities prevailing in Tibet at the time; but the reforms were obstructed by the Chinese invasion. In his Foreword to the constitution for Tibet drafted in 1963, the Dalai Lama stated: “Even prior to my departure from Tibet in March 1959, I had come to the conclusion that in the changing circumstances of the modern world, the system of governance in Tibet must be modified and amended so as to allow the elected representatives of the people to play a more effective role in guiding and shaping the social and economic policies of the State. I also firmly believed that this could only be done through democratic institutions based on social and economic justice.”