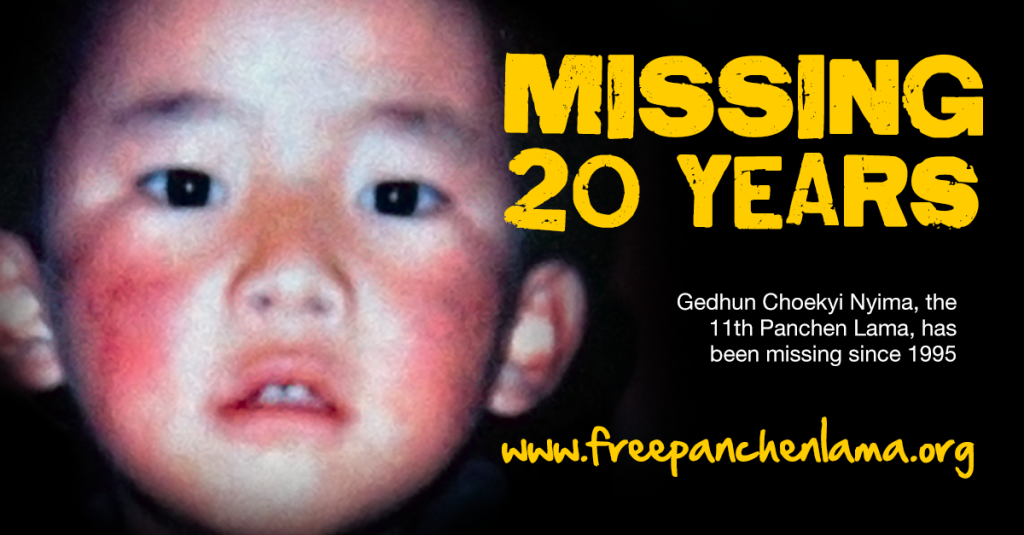 For nearly two decades the Chinese authorities have denied requests from His Holiness the Dalai Lama, world governments and the United Nations for access to Gedhun Choekyi Nyima and his family, claiming that he was leading a normal life and does not wish to be disturbed.

Read more and take action for his release at http://www.freepanchenlama.org/