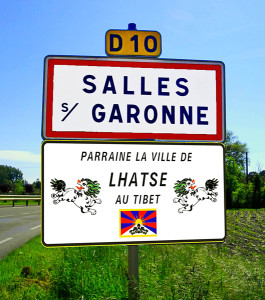 A campaign in France to persuade towns to “adopt” or sponsor a town or village in Tibet will see its 64th success on 20 June 2015, when Coulaures in the Dordogne region will hold a ceremony to “adopt” the Tibetan village of Darchen.

Whilst the adoption involves no formal relationship between the two places, as China would not permit this, the symbolic gesture sends a strong message of support and concern about the assault on Tibetan human rights and culture. To join the adoption campaign, Municipal Councils pass a motion “requesting European or UN resolutions, human rights, environment, and Tibetan cultural heritage to be respected in occupied Tibet.” The Municipality then places a plaque symbolising the adoption of the Tibetan village at the entrance to their office, or on the road entering their community.

Launched by Jean Louis Halioua, mayor of Salles sur Garonnes (which has adopted the town of Lhatse, see left), and supported by Tibet Groups such as France Tibet, the campaign has spread to the UK, where the town of Corby has “adopted” Rigul village in eastern Tibet.

Lhamo Tso, campaigner and wife of former political prisoner Dhondup Wangchen, is pictured below in the 11th arrondissement of Paris, which has “adopted” the Tibetan capital, Lhasa. Dhondup Wangchen was released in June 2014 but is currently unable to leave Tibet. 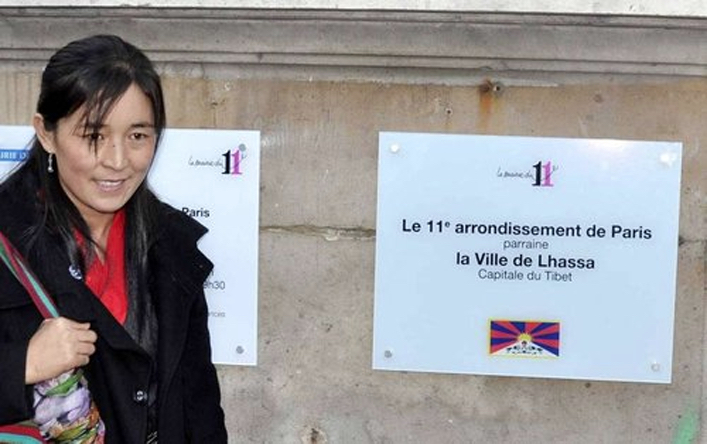