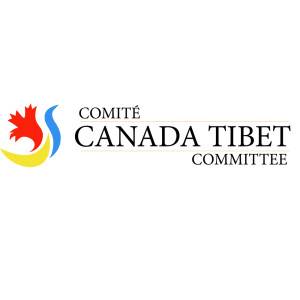 Established in 1987, Canada Tibet Committee (CTC) works to defend and promote human rights and democratic freedoms in Tibet.  As a cross-Canada network, the CTC provides a collaborative space for Canadians and Tibetans to work together towards achievement of their common objectives.

The founding principles and values of the organisation, that continue to govern CTC today, include the commitment to non-violence, a spirit of volunteerism and community service, and respect for the decision making process of the Tibetan administration in exile.

Over the years the CTC has led awareness of the Tibet issue in Canada through its outreach and advocacy projects, including the creation of the Canadian Parliamentary Friends of Tibet, the first visit by His Holiness the Dalai Lama in 1990, and the successful negotiation of an immigration program that is currently welcoming 1000 new Tibetans to Canada.

The CTC is building on its depth of experience to renew momentum for Tibet in Canada. The CTC recently launched an advocacy initiative promoting economic rights in Tibet and, in association with this effort, the CTC has renewed outreach to Parliamentarians in an effort to build momentum for continued support by the Government of Canada.

The CTC is an independent non-governmental organization (NGO) based in Montreal and a founding member of International Tibet Network. The CTC maintains a separate francophone section which coordinates outreach to French Canada and maintains a French language website and social media. The CTC is registered federally as a non-profit corporation and is funded entirely by individual donations and events.