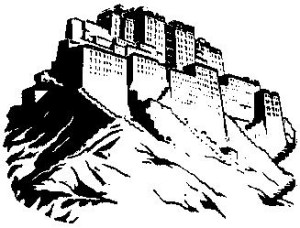 The Norwegian Tibet Committee was officially established in 1989, the year His Holiness received the Nobel peace prize. Since then the Committee has been determinedly raising awareness of the Tibetan freedom struggle in Norway, and providing support to the Tibetan people.

Norwegian Tibet Committee will mark His Holiness’ 80th birthday in several ways, including an event on 6 July in collaboration with the Nobel Peace Centre – currently hosting an exhibition on the Dalai Lama as part of its own 10th anniversary. The Norwegian Tibet Committee will encourage national media to report news and feature profiles of His Holiness, and on 11 July will hold a big celebration of His Holiness’ birthday in collaboration with the Tibetan community in Norway and the Buddhist society of Karma Tashi Ling, at the newly opened Karma Tashi Ling Temple in Oslo. The event will feature long-life prayers and entertainment, including traditional Tibetan dancing and concluding with a presentation on His Holiness’ life and achievements by the Committee. Politicians and well-known personalities who have given their support to the Tibetan cause will be invited to join the celebrations.