Tibet Groups from across Europe meet to discuss Tibet strategy 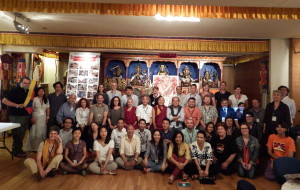 The Network meeting, the sixth to have taken place in Europe, was a great success in building relationships between Groups and increasing the capacity of the Tibet movement across Europe.

His Holiness the Dalai Lama is one of the primary sources of inspiration for Tibet Groups’ continued work for justice for Tibet and Tibetans. For the auspicious occasion of His Holiness’ 80th birthday, Tibet Network Member Groups are being encouraged to take a #DalaiLama80 birthday pledge, to undertake a special campaign activity in honour of the Dalai Lama’s own commitment to freedom and justice.