Filming The Dalai Lama: 30 years of fun, wisdom and compassion 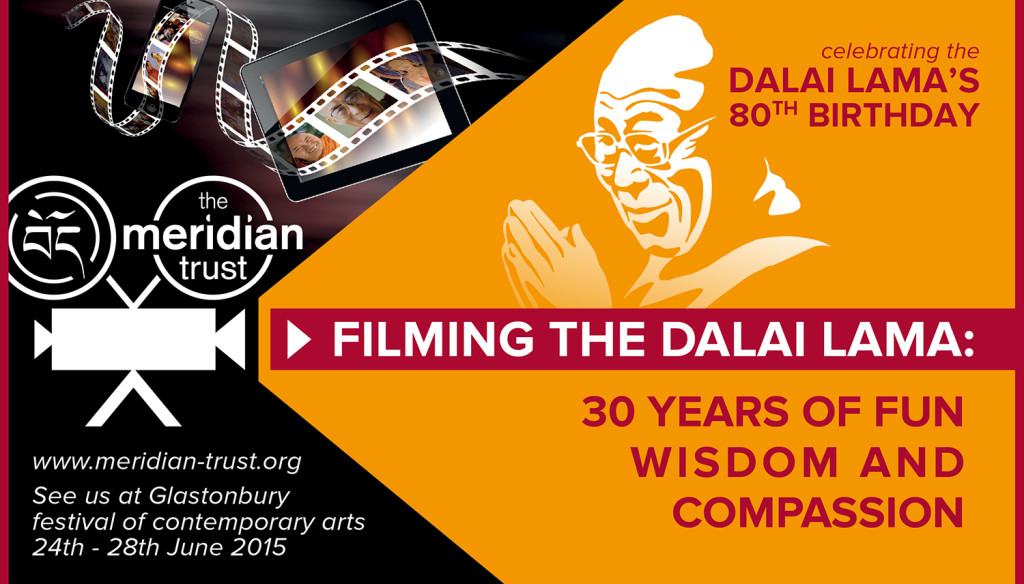 His Holiness is patron of The Meridian Trust, which has dedicated the last 30 years to preserving and disseminating Tibetan Culture and heritage on film. By sharing this collection worldwide, the Trust aims to support Tibetans as they struggle to maintain and develop their cultural identity, and to shine a light on their unique culture which includes the major ‘gift’ they have given to the world – Tibetan Buddhism – and, of course, His Holiness the Dalai Lama himself, whose tireless work transcends religious and geographical boundaries.

This significant archive is now available on a ‘mobile first’ streaming site – http://www.meridian-trust.org/ – and includes oral commentaries on important Buddhist philosophical texts, discourses on Tibetan medicine, daily life in Tibetan refugee communities in India, folk ceremonies and oral folk traditions, arts, crafts and itinerant storytelling. It also contains 600 hours of rare material, collectively known as The Lama Project, a collection of recordings made between 1981 and 1992 of the final surviving generation of Tibet’s great scholars who came into exile in the 1950s. For some of these Lamas, this is the only audiovisual recording of their teachings in existence. With more than 2,500 hours of footage, the collection is recognised as the largest of its kind in the world.

The video below celebrates 30 years of the Meridian Trust filming the Dalai Lama; 30 years of fun, wisdom and compassion.