Association (TWA) has its roots in the Tibetan National Uprising of 1959, when on 12 March – known since as Women’s Uprising Day – thousands of Tibetan women in Lhasa joined the protests that had begun two days earlier against China’s illegal occupation of Tibet. Many suffered appalling consequences.

Among TWA’s activities, which include raising awareness of the im 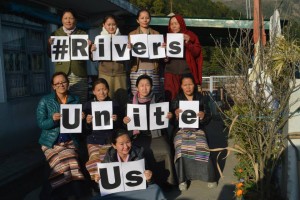 pact on Tibetan women of China’s occupation of Tibet, promoting gender equality, leadership, and supporting the contribution of Tibetan women in enhancing Tibet’s unique culture, is an environment programme that highlights the global importance of Tibet’s rivers.